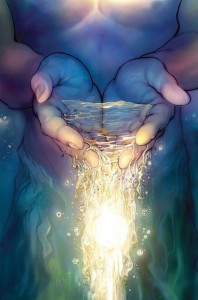 I was honored when Jacque Jones, president of the Hymn Society, invited me to join a committee to help shape a Hymn Festival to be held at historic Plymouth Church in Brooklyn Heights. After months of meetings, this community hymn sing is upon us (Sunday 4/17/16). Announcements have been issued, news articles published, the programs printed, the liturgical dancers rehearsed and ready.

I’ll be playing the grand piano. Other hymns will have organ, soloist, choir, guitar, flute, drum, and rainstick accompaniment.

The theme for this Festival is “Water, River, Spirit, Grace” — hymns that tell stories of the parting of the Red Sea, baptisms in the Jordan River, fishermen-disciples by the Sea of Galilee, Jesus offering “living water” to the woman at the well. Our challenge has been to choose only a few hymns from so many with water references.

We selected some with words by contemporary writers, including “As the Deer Runs to the River” (Stuempfle/Hurd), “Let Justice Roll Down” (Romanow ), “Water in the Snow” (Wren/Ojiri), “I Am the Bringer of Living Water” (Jones/BUNESSAN), “What Ruler Wades through Murky Streams?” (Troeger/Husberg) .

Of the old familiars, we’ll sing “Shall We Gather at the River” (a good old Brooklyn hymn), “Come, Thou Fount of Every Blessing” (one of my mom’s favorites”) and hear organ meditations on two spirituals, “Wade In the Water,” and “Down by the Riverside.”

We will also sing a beloved hymn written in 1979, “LORD, YOU HAVE COME TO THE LAKESHORE,” by Cesáreo Gabaráin (1936-1991), a priest in Spain. When the Second Vatican Council issued reforms encouraging the creation of new hymns composed in a variety of styles, Father Gabaráin took up the call and wrote over 500 liturgical songs. They are simple and unpretentious, written for and about everyday people living modest lives.

This hymn is based on the story of Jesus at the beginning of his ministry, calling his first disciples (Luke 5: 1-11). He approached Simon Peter, James, and John who were discouraged by empty fishing nets. Following the stranger’s direction to try again, their nets were suddenly filled to overflowing with a huge catch. In awe, the three linked their lives to Jesus on the spot. 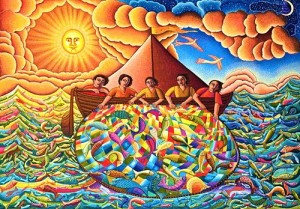 Singing this hymn, we feel ourselves to be right there with the rough and humble fishermen by the Sea of Galilee. With no weapons or other trappings of the rich and powerful, we know ourselves to be workers, one with the poor of the earth. Jesus smiles, calls each of us by name.

The flowing melody, also composed by Gabaráin, reflects the theology of tenderness, usually sung in the rhythm of gently lapping waves (except when hard rockin’ Padre Jony sings it in the YouTube clip below).

By the end of the hymn, we have pledged our own hands to do the work of caring and comfort. It’s no wonder this gentle song became popular around the globe, translated into dozens of languages, a favorite of Pope John Paul II.

Hymn background on Singing the Faith, a UMC-UK resource

“Barka — The Favorite Song of John Paul II” by Wanda Siawinska, Feb., 2011, A fascinating account of how this hymn became so popular in Poland that the people there believed it was an original Polish song.

A hard rock version, for something different, by Padre Jony